You’ve never considered yourself much of a math whiz. You passed grade-school level math classes just fine, but not easily. Today, you work in a job that doesn’t require heavy use of mathematics.

That said, you’ve recently decided to take up woodworking, which several friends have told you involves math. Does woodworking involve math?

Yes, woodworking is quite mathematic. You must not only know basic math such as decimals and fractions, but more advanced concepts such as geometric shapes and angles as well. Otherwise, your woodworking projects won’t be accurate.

Although many people think math isn’t fun, harnessing the power of mathematics will make you a far better and more talented woodworker.

Ahead, we’ll elaborate on which math concepts you should learn. Think of this as your math 101 class. Further down in this article I link to a you tube video which will be very useful to you.

What Kind of Math Do You Need to Know to Be a Good Woodworker?

In woodworking, you will create many projects of all shapes and sizes. Without understanding geometric shapes, it’s hard to visualize what your project will look like and get it to the exact dimensions you want.

A square is considered a regular quadrilateral in geometric terms. Its angles, of which there are four, are all equal. Its sides are equal as well. Squares have four sides and internal angles of 90 degrees.

Rectangles are like longer squares, but geometrically, they’re known as quadrilaterals. Each of their four corners is a right angle, making a rectangle an equiangular quadrilateral as well. This is just another way of saying that each corner is 90 degrees.

A circle has rounded, curvy sides rather than straight, pointy ones like a square or rectangle. Each point on its plane is at the same distance from the circle’s center point.

Triangles have three vertices and edges. Different types of triangles exist, such as:

Geometric shapes also include parallelograms and polygons. A parallelogram has two opposite sides that are parallel to one another. Polygons are non-curved shapes with lines and mostly closed parts.

Many geometric shapes feature angles, but angles are also worth discussing on their own. Getting the precise angle correct when building a woodworking project like a shelf or a bookcase is absolutely necessary, so make sure you study up.

What is an angle? When two sides or rays meet at a vertex or endpoint of a figure, these are angles. Outside of plane geometry, angles are sometimes defined as a measure of rotation as related to a length ratio to the circular arc of a radius.

If you thought you were done with terms like obtuse and acute after learning geometric shapes, these terms come back to describe the types of angles as well. Here’s what you need to know.

Knowing which angle is which will make cutting your wood far simpler. For example, if you wanted to divide a right angle (or one that’s 90 degrees) when woodworking, you could use a straightedge to make a line down the middle of the corner. Then, with a miter saw, split the corner to get two 45-degree angles.

Did you pay attention in algebra class? If so, then you may remember decimals. If that lesson is foggy by now, then here’s your recap. A decimal is a number with a fractional part and a whole number part punctuated by a period or a decimal point. Any number after the decimal has a value that’s less than 1.

Let’s take a random number with a decimal, 45.6. In this instance, the 4 represents the tens, the 5 represents the ones, and the 6 is tenths. You always want your decimal between the ones and tenths.

Any digit after the tenths that is under 5 in value means you do not round up the tenths number. So 45.61 would still round out to 45.6.

In determining the number to round up to, you always take the number in the tenths spot and add 1.

Besides decimals, you could also stumble across fractions when following woodworking tutorials online or even coming up with your own recipes. Fractions are a little more difficult to understand than decimals, but not impossible by far.

To grasp how fractions work, think about a pizza pie. It’s sliced into 8 pieces, all of equal size. When your fraction reads something like 3/8, that’s three-eighths of the pizza pie.

One-quarter or ¼ means there are 4 slices of pizza and 1 slice remains. This slice is going to be bigger than when comparing a fraction like 3/8ths because there were only ever 4 slices instead of 8, but you’re still comparing a circle of the same size.

One-half or ½ is only 2 slices of pizza, with a single slice remaining. Think of it like this: if you ordered a pizza and, with your pizza cutter, split the whole thing down the middle and said that’s 2 pieces, that’s what ½ looks like visually.

Resources for Learning Math in Woodworking

The above descriptions of mathematical concepts involved in woodworking should be a good starting point for you. If at any point, you find you need more detailed instruction, we gathered up a few resources you can rely on.

The book Popular Woodworking Practical Shop Math by Tom Begnal was published in 2006. Begnal’s book explores many of the same woodworking-related math concepts we covered in this post, among them geometric shapes, angles, decimals, and fractions.

With Begnal’s guidance, the Popular Woodworking book is supposed to teach you how to set your woodworking machine to the correct speed, how to take a piece of furniture and transfer its dimensions to a drawing, and how to determine the quantities of wood needed for all sorts of projects.

You can get the book on Amazon as a spiral-bound or hardcover.

RRR Woodworks is a YouTube channel that hosted the Math in Woodworking series. Across four episodes, you can learn all sorts of handy woodworking concepts. The first episode centers around using dados to calculate dimensions.

In the second episode, RRR Woodworks covers using decimals and fractions for precision wood-cutting. The third episode discusses trigonometry and how it can help you determine the right angle for cutting wood. The fourth and last episode is about tree height for if you ever cut down a tree to obtain your own wood.

While there are only four episodes, each is about 10 minutes and rife with information you’ll surely use. Plus, YouTube is a free instructional resource, which makes it great to learn from.

The third resource we recommend for new woodworkers learning math is the website Carpentry Math. You can refresh your memory on geometric shapes, angles, and more on this site, using formulas to do your own calculations.

The cool thing about Carpentry Math is how they also offer calculators as well as plans for woodworking projects. These include bird feeders, birdhouses, benches, picnic tables, and even a deck or set of stairs. It’ll soon be time to get building!

If you weren’t great at math in school, it’s never too late to learn. You will need to know math concepts involving geometry, algebra, and trigonometry to excel at woodworking. With the information and resources in this article, you’re well on your way to becoming a math master and thus a better woodworker. Good luck! 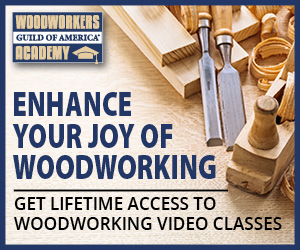